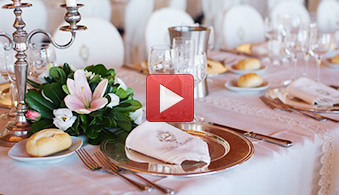 The city is 25 km far from the Adriatic Sea, between the Tronto and Castellano rivers, and it is surrounded by the Ascensione mountain, Colle San Marco and the Montagna dei Fiori, between two natural parks, the one of the Sibillini Mountain and the one of the Laga.

According to the tradition, the city was founded by a group of Sabini lead by a woodpecker, sacred animal to the God Mars: here they would melt with other population, giving birth to the Piceni.

In 299 BC it became Civitas Foederata in Rome, but in 91 BC it rose up against Rome with other Italic people; after a long siege, the city was reconquered and in 49 BC  Julius Cesar designated it “Capitol City of the Region” with the name of “Picenum”.

During the Middle Ages the city was subjected to sacks by the Barbarian and for two centuries it was under the Longobardic kingdom, as long as it passed under the Frankish control with Carlo Magno. In 1183 it became independent Commune but it was sacked and destroyed by Federico II; after a long period of fights among the most important families in the city, in 1482 Ascoli had to recognize the supremacy of the Church, even if the inner disorders that lead to years of revolts, massacres, sacks and banditry did not stop.

In 1860 Ascoli was added to the Reign of Italy.

Remarkable are some events that happened during the Resistance of Ascoli in  September 1943 against the German occupancy.

Ascoli Piceno is one of the most beautiful and majestic cities in Italy. Its historic center is made in travertine and has as its heart  Piazza del Popolo, a square of the Renaissance, that hosts Palazzo dei Capitani with at its side the historic Caffè Meletti, the Church of San Francesco, the “loggia dei Mercanti” and the Ventidio Basso theatre.

Piazza Arringo is the most ancient square in Ascoli Piceno: here there is Sant’Emidio Cathedral that hosts the Crypt dedicated to the Patron Saint of the city and the Medieval baptistery of San Giovanni, the Arengo Palace, where there is the important Civic Gallery and the Episcopal Palace.

The center of Ascoli Piceno is characterized by striking Medieval streets and alleys and by many other important monuments.

The city hosts many important Museums, such as:

Civic Gallery: it preserves pictorial works made between the XIV and the XX century. Among the most important artists we find: Tiziano, Guido Reni, Carlo Crivelli, Pietro Alamanno e Giuseppe Pellizza da Volpedo.

Papal Paper Factory: a complex which held water mills and that is an example of Industrial archeology, nowadays used as a Museum.

Museum of Pottery: Opened in 2007, it stores some potteries of the ancient tradition of Ascoli Piceno.

Museum of the Dark Ages

The first Sunday of August it is held the solemn procession of the historic Quintana, a costume celebration at which participate more than 1.500 minor players and the Autorithy. At the end of the procession it is held the knightly tournament of the Quintana.

A little treasure with a striking historic center, with the narrowest alley in Italy (about 43 cm) and rich in archeological finds.

Fermo is one of the Roman and Medieval trade centers of the Marche Region. It has to be remembered its monumental Roman tanks, the amazing Piazza del Popolo, the Priors’ Palace with its Civic Gallery.

On the Vettore Mount, at about 1.941 m, the arcane Pilato’s Lake hold the endemic Chirocephalus Marchesonii: a little red crustacean that only live in these waters.

Well known and appreciated bathing city on the Marche Coast, at the mouth of the Tronto river, know as the “Riviera delle Palme”, San Benedetto del Tronto is characterized by wide sandy beaches and low bottoms, long promenades on the Coast that can be walked by feet, by bicycle or by skates, and  many places where to have fun or be entertained.

All year long there are numerous street markets along Ascoli Piceno streets, in San Benedetto or in Fermo, where it is possible to find local craft products, furniture and antique and collectible objects.